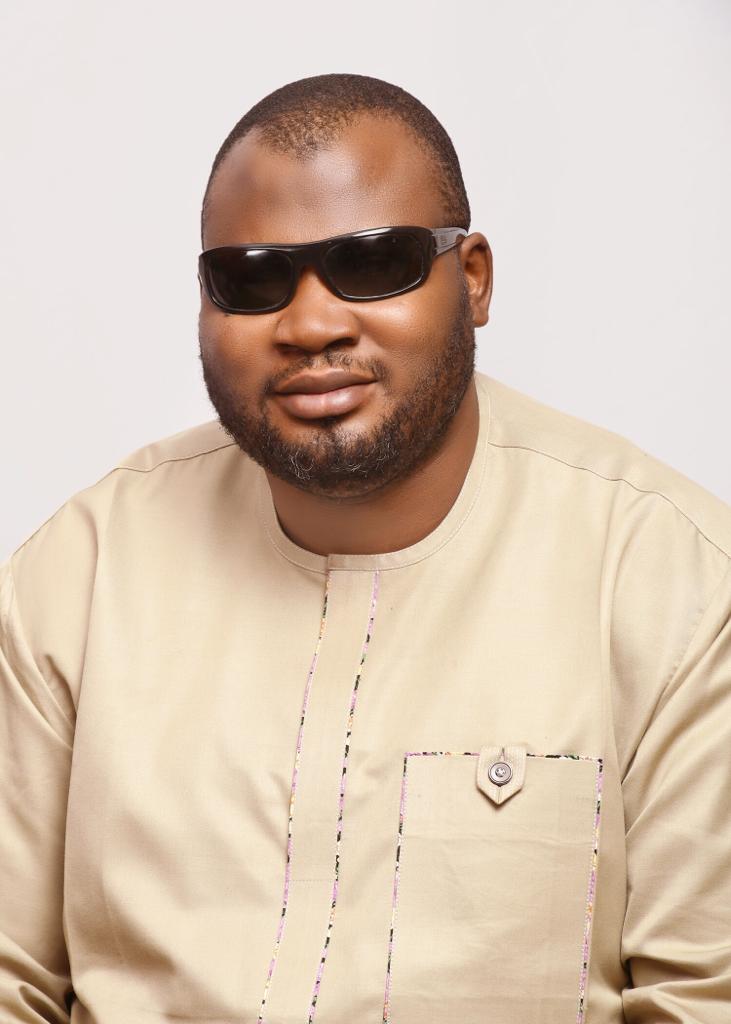 Prince Abdulmalik D. Atta was born into the noble, royal and humble family of Late Alhaji Shehu Atta on 26th January, 1979, in Okene Local Government Area of Kogi State, Nigeria. The young Prince Abdulmalik Danjuma Atta started his educational career at Christ the King Nursery and Primary School Okene, Kogi State, from 1985 to 1991. He proceeded thereafter for Junior Secondary Education to Abdulaziz Atta Memorial College, Okene, from 1991 to 1994. While in JSS 3 at the age of 13, he contracted an eye infection with symptoms of itchy and reddish right eye which later developed complications due to poor medical care in the country, that rendered him blind in both eyes. This development marked a significant turning point in the young Prince that moulded his personality and character as he battled the society's negative perception and conclusions on his new status as a visually impaired person. Nonetheless, that unfortunate event did not deter the young teenager who took everyone by surprise by refusing to stay down while he insisted that his great destiny was still on course and not deterred by his condition. Demonstrating his conviction, Danjuma moved against the pessimistic winds of societal pressure by refusing blatantly to quit at life struggles, and proceeded to the School for the Handicapped, Minna, Niger State to study Braille and Type Writing from 1996 to 1997 to empower himself for pursuit of self actualization in the blind man's way. Armed with the reading ability, the zealous and determined Prince returned in concerted spirit to the Government Secondary School, Minna, Niger State to complete his Secondary Education from 1997 to 2000. Prince Danjuma thereafter enrolled in the National Open University of Nigeria (NOUN) for a BSc degree in Political Science and went further to obtain a Certificate in Strategic Leadership and Management from the University of Illinois, USA. He is also a Certified Management Consultant from the Institute of Management Consultants of Nigeria (IMC). Prince Danjuma Abdulmalik Atta, a determined intellectual asset is currently pursuing his Masters Degree in Public administration with National Open University (NOUN).

Prince Danjuma Atta has served in various capacities. He is a Member of the Board, FCT Special Sports Association, an entrepreneur par excellence who has made giant strides through various local and International Business Ventures including Datta Travels and Tours Agency, an International Air Travels Co-ordination Business Venture, Caretrust Telecom Limited, a Cyber/ICT Company, among several others that have served millions of people across the globe. Presently, he is the Special Assistant to the President on Special Needs (Office of the Honourable Minister, Humanitarian Affairs).

On humanitarian terrain, Prince Danjuma has selflessly impacted positively on the lives of the underprivileged, particularly Persons with Disabilities in various ways that have brought smiles on their faces. Since his fatal encounter with fate in blindness, Prince Atta understood the feelings of disability, fought and conquered its physical and social clutches from the society, and moved to better the lives of other Persons with Disabilities through advocacy and empowerment. The philanthropic gesture of the Prince got a divine boost in 2011 when he escaped death by the whiskers from a fatal road accident he was involved in along Lokoja-Abuja highway. This caused the enterprising Prince to reflect on his life on earth and what he would have been remembered for should he had lost his life in the accident. The answer to this self-question led to the establishment and incorporation of Danjuma Atta Eye Foundation on 30th April, 2012, to serve humanity with eye care intervention to prevent avoidable blindness for which he was a victim. The Foundation was officially flagged off at the Okene Zonal Hospital in Kogi State on 10th February, 2013, where hundreds of persons with eye problems got free eye care from specialists. In a bid to ensure better eye care service delivery,the young Prince moved ahead and initiated an expansion of the eye care project with the erection of an 18-bedded Eye Care Center, with the foundation laying ceremony performed by the Patron, Danjuma Attah Eye Foundation, Alhaji Aliyu Atta (IGP RTD) at Okene Zonal Hospital on 14th March, 2015. The project was completed and commissioned on 8th October, 2016, by His Excellency, the Executive Governor of Kogi State, Alhaji Yahaya Bello amidst multitudes of notable personalities in the society from far and near in attendance.

On political horizon, Prince Danjuma gallantly bulldozed the political grounds in 2018 when he was appointed a member of APC National Convention Committee and later begged by his constituents in consideration of his formidable contributions to the development of the society generally, and the APC in particular, to go out and represent them at the Federal House of Representative for Okehi-Adavi Federal Constituency in the National Assembly. The Prince resisted the lure but later bowed to the wish of his people to contest for the seat on the platform of APC. He was however unable to secure the APC Ticket and doggedly recoiled to contest on the Ticket of SDP but lost in contentious circumstances for which he accepted as the will of God Almighty, and for the sake of political stability in interest of his people and his party, the APC. Prince Danjuma Atta is indeed a political aset, a man of capacity, a refind gentleman, a Democrat to the core, a man of justice an emblem of peace and above all, a man with humane disposition.

Prince Danjum Atta is a man who loves traveling and experiencing new things and developing ideas.

In his personal disposition and conviction, Danjuma Atta believes that everybody�s destiny is in his/her own hands and disability is not a hindrance for realization of one's destiny but the understanding of self and one's possible potentials. He also believes in the omnipotence of God Almighty over all the affairs of man, while man�s service of God must begin with service to humanity. As such, Prince Atta considers and pursues humanitarian service religiously as a service to his God who has been his major pillar of ascension to higher heights on the ladder of life.

In recognition of Prince Danjuma Atta Abdulmalik�s golden landmark achievements and philanthropic engagements in the global society, he has received several awards of recognition including

In recognition of his active participation in politics and his immense contributions to socio-economic and Political development of the country, Prince Danjuma Atta was in 2020 appointed Special Assistant to the President on Special Needs (Office of the Honourable Minister, Humanitarian Affairs) the office he held up till today. Prince Danjuma Atta is happily married and live with his family.

Want To Support Our Vision?

Join With Our Volunteer Team